From Sentiment to Self-Fulfilling Prophecy? 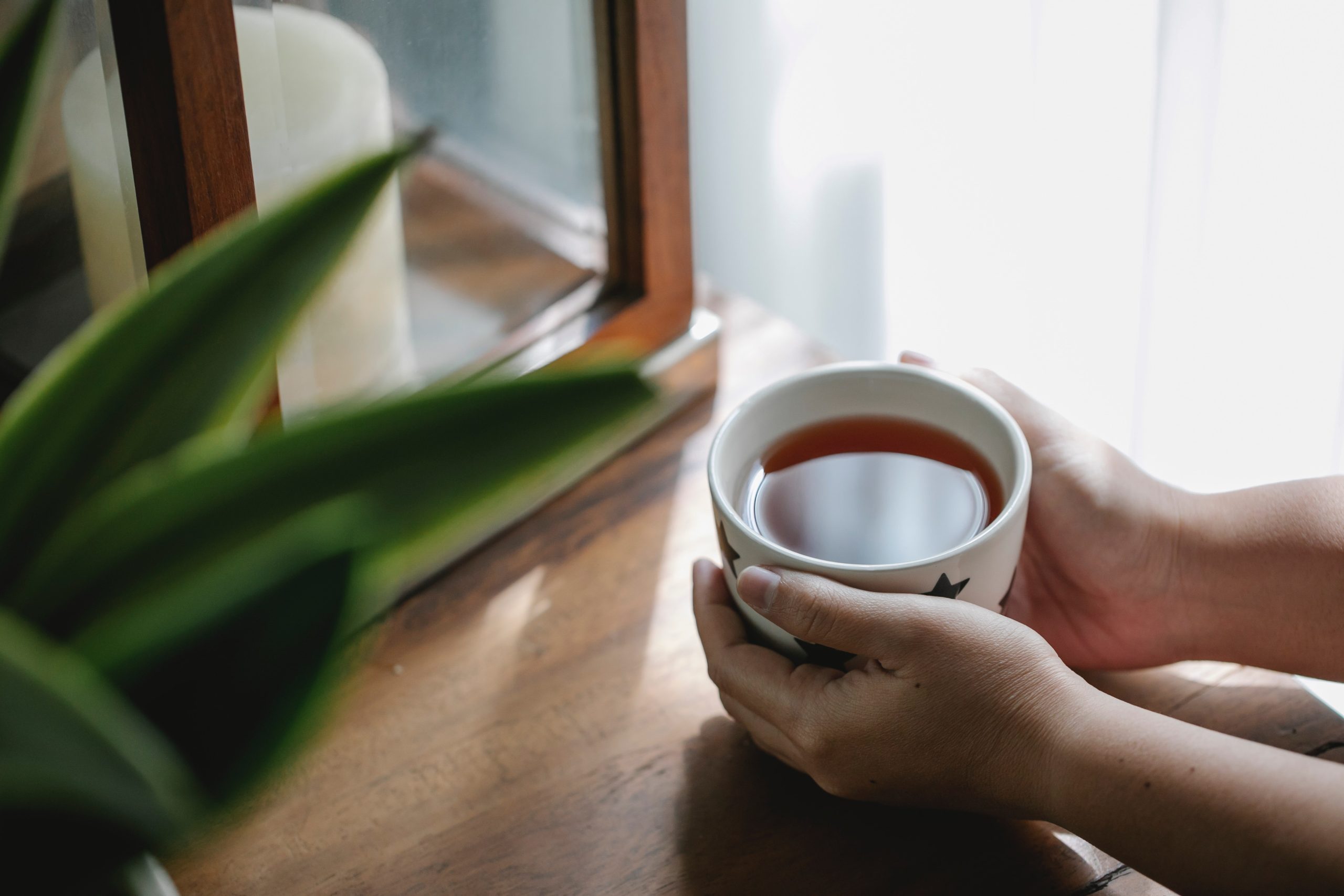 Reading the Tea Leaves on How Consumers and Businesses Are Feeling vs. What They Are Doing

The global head of currency research at Deutsche Bank, George Saravelos, told clients in a recent memo that futures markets are now pricing in 100% odds that the United States will fall into a recession before 2023. For those who use the common (but unofficial) definition of two quarters of declining economic output, a US recession has already arrived. This comes after months of supply chain issues, skyrocketing gas prices, increasing inflation and another factor that remains remarkably low: consumer sentiment.

In June, The University of Michigan published its monthly Index of Consumer Sentiment (ICS), sharing its lowest reading ever recorded, at just 50.2. An index this low (in the United States) is comparable only to the recession of 1980, which is widely considered the most painful recession since the end of World War II. The July reading barely budged off this bottom to a still-dismal 51.5.

Businesses, economists, politicians and traders alike all place considerable importance on consumer sentiment because consumer spending accounts for about two thirds of the US economy. When consumers are glum, a recession can become a self-fulfilling prophecy as they clamp down on spending to save for the rainy days they see ahead. As a result, reactions to the shockingly low index scores of late have been swift. For example, the day after the June index dropped, U.S. stocks immediately slid and the S&P 500 fell into bear market territory.

But, of course, consumer sentiment is just one lens through which to understand and attempt to predict the complex trajectory of the economy. While many place logical emphasis on the results of consumer indexes, consumers themselves are fickle. Sure, low consumer confidence survey results may indicate fears of economic disruption on the horizon, but they may also reflect short-term supply chain disruption that results in someone’s favorite item being out of stock, sticker shock at the stunning price of airline tickets or even an argument with a spouse over finances that has nothing to do with what the future actually holds.

So, rather than pigeonhole ourselves into relying solely on one measure of economic confidence, let’s take a look at a few other kinds of sentiment surveys.

First, let’s take a look at the Organization for Economic Co-operation and Development’s business confidence index (BCI) and compare it to their consumer confidence index (CCI). The graphs below show information ranging from 2008 to 2022. 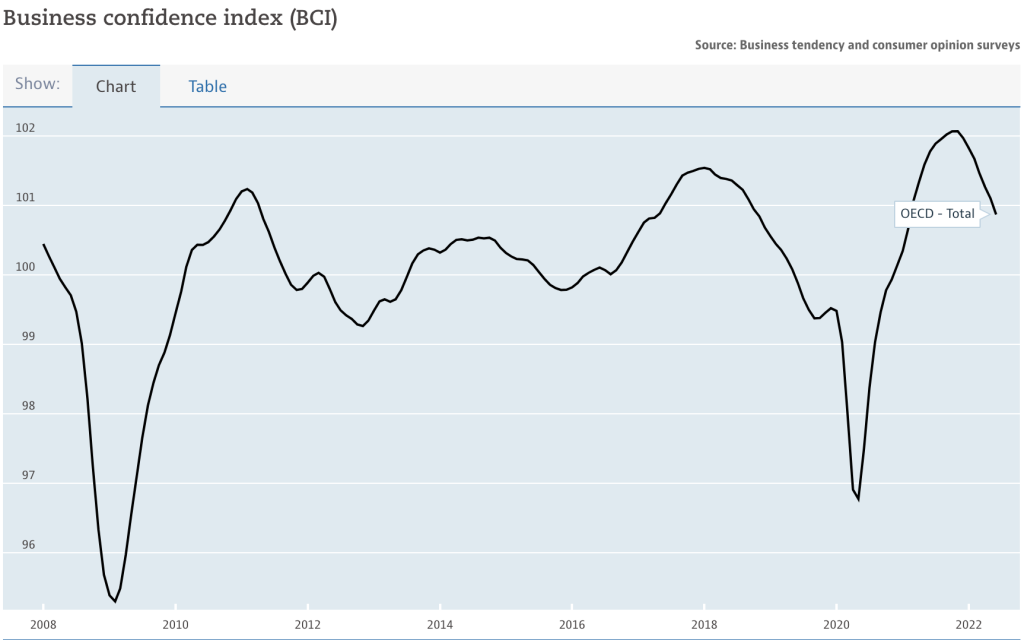 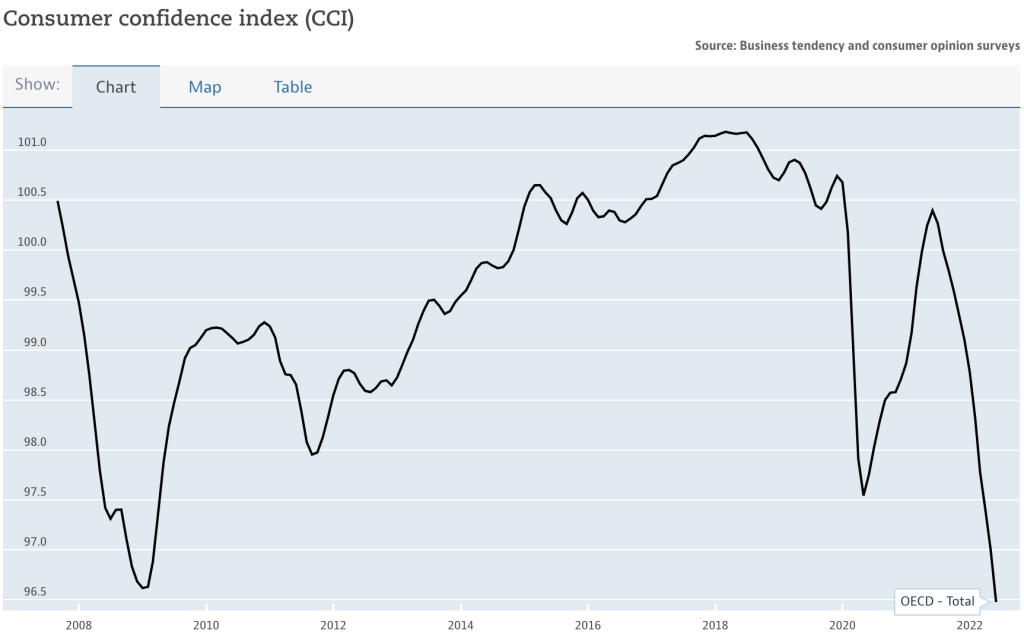 These also show consumer confidence is at a historic low — even lower than the depths of the 2008 financial crisis — which is borderline astounding given the solid state of consumers’ balance sheets. Businesses, on the other hand, while experiencing a downward trend in confidence, are nowhere near the depths of uncertainty that consumers are feeling.

As Fieldpoint Private’s Director of Commercial Banking Adam Ercoli notes, “Businesses generally are more nimble than consumers — they are able to cut costs and diversify revenue streams, or vice versa, quickly as needed based on macro and micro economic trends. Various segments within the greater group of Businesses have significantly strengthened their business models and balance sheets through the economic growth that followed the 2008 financial crisis and continued development and reliance on technology. Subsequently, they are better positioned to endure – and even take advantage of – opportunities presented through the prospective recession.”

But what about the commercial real estate industry? The Commercial Real Estate Development Association’s Commercial Real Estate Sentiment Index (CRE) surveys real estate professionals to help make predictions about industry conditions over the next 12 months. As shown on the chart below, this year’s first-half reading of 53 points, which dates to April, is only down slightly from fall 2021, still falling below the pre-pandemic “normal” range. Survey respondents cited tempered expectations due to geopolitical and economic uncertainties like supply chain issues and inflation, however, the CRE indicates that these industry professionals still foresee commercial real estate conditions to improve over the next 12 months in spite of those uncertainties.

This cautiously optimistic worldview comes at odds with consumers’ feelings on the conditions of the economy, which, again, are lower than ever before. Fieldpoint Private’s Director of Private Banking Emmitt Smith weighs in:

“With rising interest rates, we have seen a significant slowdown with commercial real estate refinancing. We are still seeing some limited purchase deals out in the market. Several clients have received unsolicited offers at a premium greater than the actual appraised value from out-of-town institutional investors. We also have a recent example where a client accepted a $4 million offer above appraised value, and elected to pay taxes, since they could not find a qualified 1031 exchange. Their rationale was that within 12 months, this type of offer would not be out there.”

While commercial real estate prognosticators are more sanguine than consumers, things still aren’t all peaches and gravy. The most recent United States ISM Purchasing Managers Index (PMI), which measures the general direction of the manufacturing economy, shows the slowest growth in factory activity since the summer of 2020 as well as a contraction of new orders for the first time since 2020, indicating that rising interest rates are hurting manufacturing demand.

On the whole, signs seem to be pointing towards a significant decrease in economic activity across the board. We have been in circumstances, somewhat rare, in which nearly everyone could see a recession coming.  The roads have been icy and everyone has known an accident was about to happen, but no one knew if it was happening yet. We can glean an idea from the differing sentiment indices — where it appears that consumer sentiment will be more volatile than commercial, which tends to be more glacial — but the disparity between these different measures of confidence have produced an environment in which many, but especially consumers, are deeply concerned about what’s yet to come.

There’s no way to predict when consumer and business sentiment will bottom and at what level and for how long. Everyone has been through a lot over the past two and a half years, and try as we might to be rational, everyone can fall prey to recency bias in thinking that the tough slog we’ve endured is just the beginning. But if the Federal Reserve succeeds in bringing down inflation to more reasonable levels, consumer sentiment could spike just as quickly as it plummeted. One can hope. As Abraham Lincoln was credited with saying, “The best thing about the future is that it comes one day at a time.”

Headquartered in Greenwich, Connecticut, Fieldpoint Private (www.fieldpointprivate.com) has more than $1.4 billion in bank assets and provides personalized, custom private banking and wealth transfer services. Catering to successful individuals, families, entrepreneurs, businesses and institutions, Fieldpoint Private develops a comprehensive understanding of our clients’ individual financial circumstances and furnishes comprehensive advice and personal service to free up the one resource that regardless of means no one can ever have enough of: time.